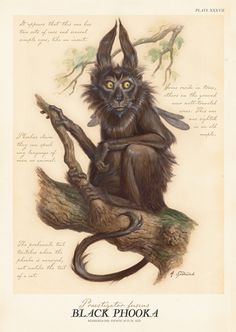 he púca (or pooka, phouka, phooca, púka; Irish for goblin[1]) is a creature of Irish folklore and Welsh mythology,[2] one of the myriad fairy folk, both revered and feared by those who give credence to their existence. Their belief extends as far as the West of Scotland[citation needed]. It has counterparts in Welsh (the pwca or pwwka), and in Cornish folklore (the Bucca). 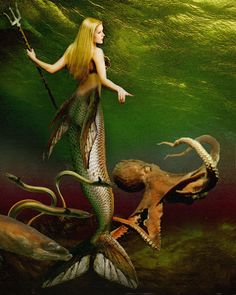 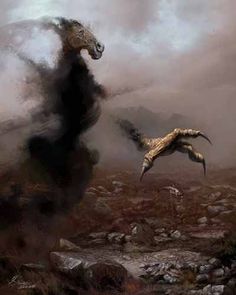 Mysterious creatures of the night - the stuff of nightmares! This list takes a look at ten monsters from history, myth, and folklore that ought to scare the pants off us. I have tried to restrict the list to creatures that have not been presented on Listverse before to keep things interesting. Be sure to tell us your own favorite (or rather despised) monsters in the comments. 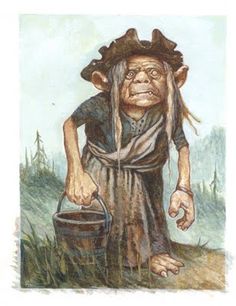 Our main graphics computer has been acting up lately and I haven't been able to scan anything new in the last couple of weeks - very frustrating because I have just completed a personal piece I'm rather happy with and can't share. In the meantime I'll post a couple from a recent project concerning mythical characters that should be out in the spring. I hope to have something new up shortly. Seasons greetings everyone. 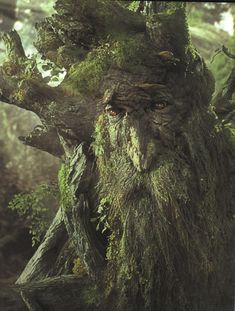 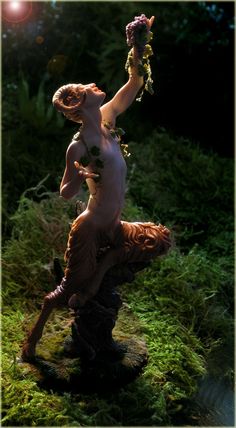 The faun is a half human - half deer (from the head to the waist being the human half, but with the addition of deer antlers) manifestation of forest and animal spirits which would help or hinder humans at whim. Romans believed fauns inspired fear in men traveling in lonely, remote or wild places. They were also capable of guiding humans in need 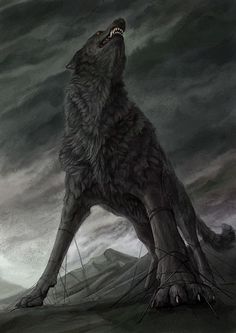 In Norse mythology, Fenrir (Old Norse: "fen-dweller"), Fenrisúlfr (Old Norse: "Fenris wolf"), Hróðvitnir (Old Norse: "fame-wolf"), or Vánagandr (Old Norse: "the monster of the river Ván") is a monstrous wolf. In both the Poetic Edda and Prose Edda, Fenrir is the father of the wolves Sköll and Hati Hróðvitnisson, is a son of Loki, and is foretold to kill the God Odin during the events of Ragnarök, but will in turn be killed by Odin's son, Víðarr. 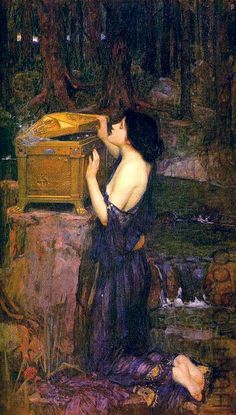 pandoras box - plot for tb, letting out all the secrets, desires, chain of events.... 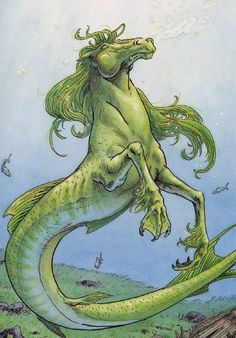 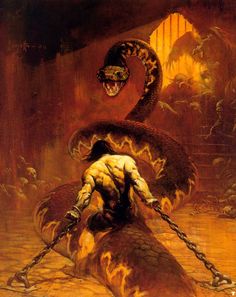 A basilisk (is a legendary reptile reputed to be king of serpents and said to have the power to cause death with a single glance. the basilisk of Cyrene is a small snake, ,that is so venomous that it leaves a wide trail of deadly venom in its wake, and its gaze is likewise lethal; its weakness is in the odor of the weasel, which, according to Pliny, was thrown into the basilisk's hole, recognizable because all the surrounding shrubs and grass had been scorched by its presence. 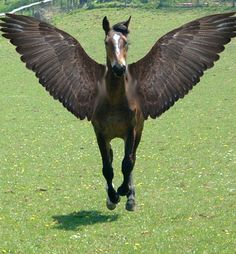 Pegasus (Greek Πήγασος/Pegasos, Latin Pegasus) is one of the best known fantastical as well as mythological creatures in Greek mythology 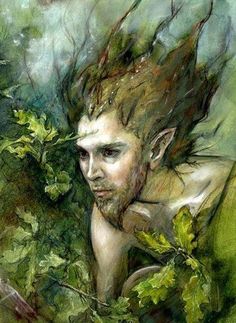 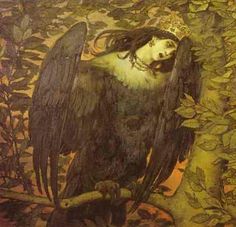 'Pon a hill a green bird sat Her owlets in a green felt hat Her fortune was a wish. Archive | RSS 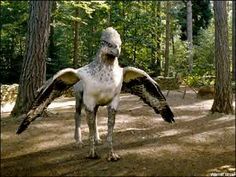 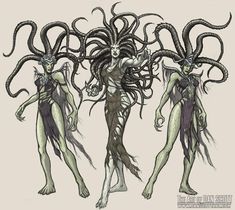 G is for Gorgons

THE GORGONES (or Gorgons) were three powerful, winged daemons named Medousa (Medusa), Sthenno and Euryale. Of the three sisters only Medousa was mortal, and so it was her head which King Polydektes of Seriphos commanded the young hero Perseus to fetch. He accomplished this with the help of the gods who equipped him with a reflective shield, curved sword,… 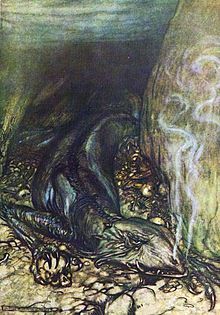 Fáfnir (Old Norse and Icelandic) or Frænir was a son of the dwarf king Hreidmar and brother of Regin and Ótr.