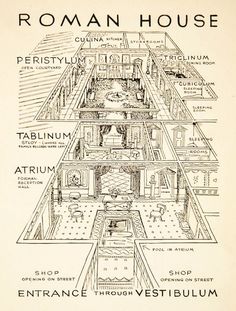 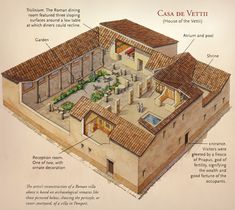 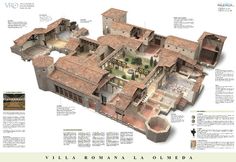 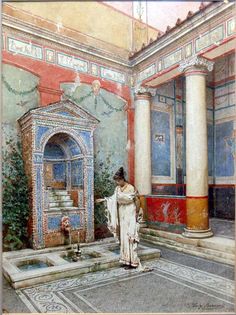 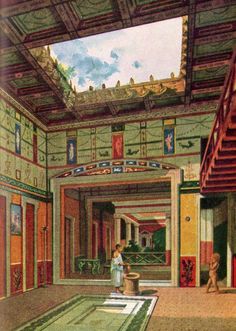 Artist's reconstruction of the interior of a villa from Pompeii 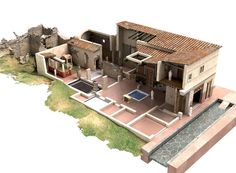 The House of Diana, Pompeii 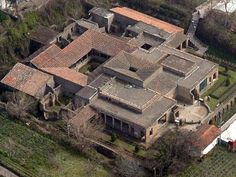 Villa of the Mysteries: the ground plan is basically square, laid out on a plot of sloping ground. The photograph shows the villa from the NW 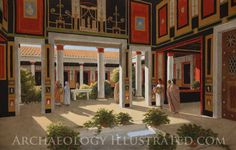 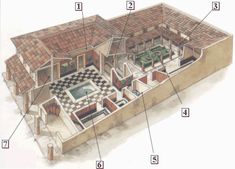 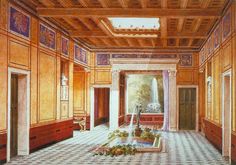 The representation of a rich Roman house. 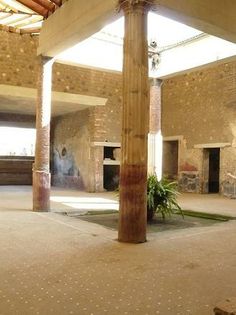 Villa San Marco in Stabiae, Italy also covered in ash by the eruption of Mt Vesuvius in 79 AD 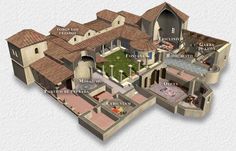 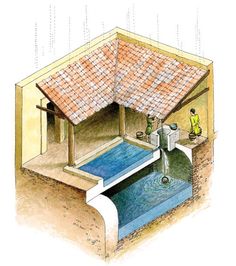 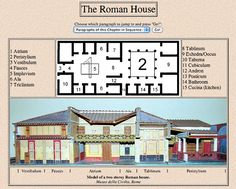