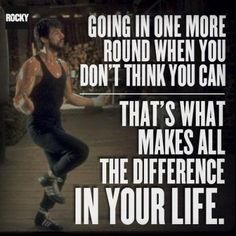 For most of my life (I'm 55) I have used this one. No I don't always win, but I have always shook the foundation of hell each time. 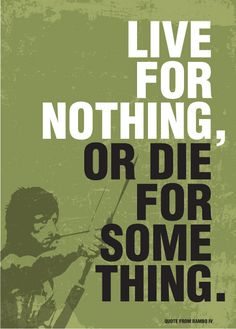 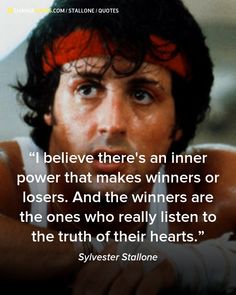 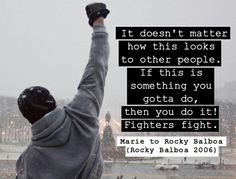 moviepos.net - This website is for sale! - moviepos Resources and Information.

This website is for sale! moviepos.net is your first and best source for all of the information you’re looking for. From general topics to more of what you would expect to find here, moviepos.net has it all. We hope you find what you are searching for! 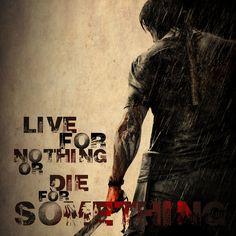 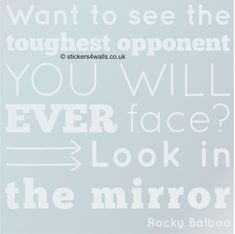 Available in silver or gold vinyl etch, an inspiring Rocky Balboa quote design that works brilliantly on mirrors. Want to see the toughest opponent you will ever face? Look in the mirror. Inspired by Sylvester Stallones words from the 2015 Creed film, this inspiring quote works perfectly in a business environment or even at home. This graphic is made with vinyl etch, which looks great on glass and mirrors it has a frosted glass effect, providing a subtle and classy graphic effect. It is… 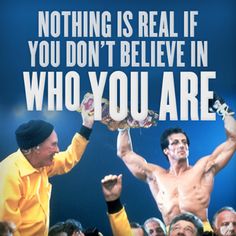 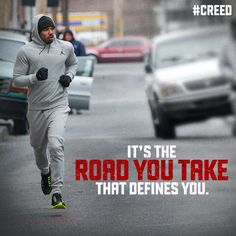 It's not worth it and it's hard but take the high road . It will leave them there looking simple!!! 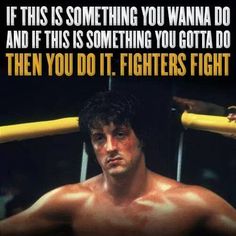 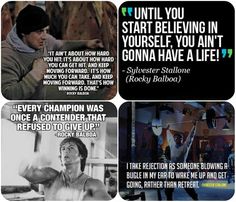 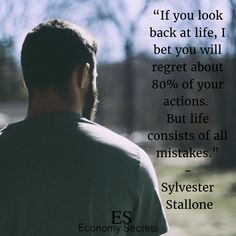 17 Sylvester Stallone Quotes That Will Fire You Up

Sylvester Stallone is an American actor, producer, screenwriter, and director. He has been in many movies but he is mostly known and famous for his roles Rocky Balboa in the Rocky’s series, and Rambo from the movies of the same name. Sylvester Stallone has reached massive success, while he started from nothing. He used […]